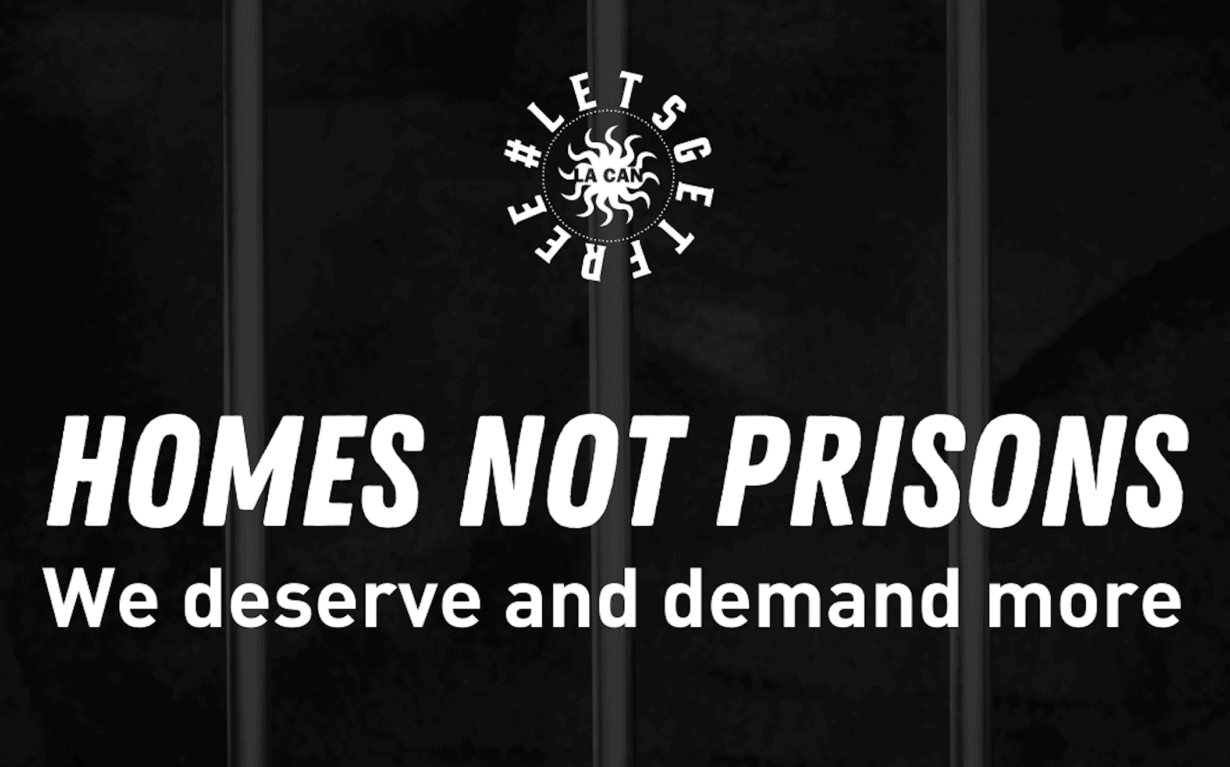 Mired in a federal lawsuit highly critical of their botched response to homelessness, Los Angeles officials are getting pushback from critics, who claim the lawmakers’ offer of interim shelter beds and tiny homes amounts to having people live in “prison-like” conditions.

Opponents including unhoused residents cite curfews, no internet, cable or phone line, daily room checks, suicides and overdoses as some of the conditions and situations unhoused residents have encountered while sheltering in hotel rooms and 8’ by 8’ shed-like structures sprawled across the city.

Critics also blame such short-term fixes for opening the door to criminalization of unhoused residents. If the offer of interim shelter beds is deemed “adequate” to address homelessness it may trigger LAPD ticketing and arrests for camping outdoors.

The Los Angeles Community Action Network’s prototype neighborhood development in South Central L.A. is everything the city’s plan is not. The Skid Row-based nonprofit’s EcoHood pilot project creates a blueprint for a new model of affordable housing.

Combining small footprint residences with solar power and other energy performance features, the EcoHood development provides stable, dignified housing cheaper and quicker without harming the environment. Each one- and two-bedroom unit (from 275 sq. ft. to 325 sq. ft.) includes a bathroom with shower, fully-equipped kitchen, washer-drier stack and living area.

Other amenities include multi-purpose common areas, drought tolerant and low combustible landscaping and an organic gardening space, which provide a welcoming environment for residents to pursue educational and employment opportunities.

For a fraction of the cost of permanent supportive housing and in line with what the city is spending on tiny home villages with bunkhouse-style bathrooms, the EcoHood project is being developed without public resources. The goal is to provide a template for using the city’s vast inventory of vacant and underutilized parcels for low-cost housing.

Technology is changing the way we think about housing. Innovative approaches such as prefabricated and modular homes —  scalable, energy efficient and architecturally consistent with any neighborhood — can be developed in less time and for less money than traditional construction. And they last just as long as a regular home built directly on a construction site.

“With up to four unhoused Angelenos dying every day, it’s way past time for our elected officials to stop recycling old strategies that don’t help people exit homelessness,” said LA CAN founder and executive director Pete White. “Housing is a human right, and our most vulnerable residents deserve the dignity and privacy of indoor plumbing. Anything less is an affront to their humanity and a stain on the city’s reputation.”